When Jesus had received the wine, he said,

Then he bowed his head and gave up his spirit.

It is finished. Faith decides the meaning of these words.

When the world hears Jesus say, “It is finished,” they hear an admission of defeat. His life is over. He has given up. His effort to reform Judaism, or usher his kingdom into the world, is lost. He and his movement are finished. It is over. It is time to give up.

But when we hear these words, the meaning is exactly the opposite. We do not hear in these words an admission of death – we hear an announcement of victory. It is finished. At last. The victory is finally won. Sin, death and the devil have been defeated, once and for all.

These simple words, heard in this way, describe what makes Christianity so different from all the other religions of the world, and what makes it so wonderful to us. For Christianity itself is summed up in this simple word that Jesus spoke from the cross: It is finished.

What the world hears as an admission of defeat, we hear as a simple summary of all that is important to us, and to our faith. The victory could not have come at a greater cost. We grieve that. It cost our Lord his life. But the victory has come. We believe that. It makes this word from the cross music to our ears: It is finished.

Take time in silence to give thanks that the work of our salvation is finished, and yet just beginning … 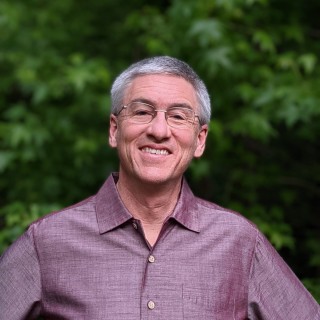 Blessed to be a child of God who is a husband, father, and pastor of First Lutheran Church of Albemarle, NC.